October
14
Carl Sheehan
Event Recaps
Comments Off on 2016 IMEX Success
IMEX America 2016 Continues to Grow & Impress and Fiesta Americana Grand Meetings Mexico Shines! In every important facet, IMEX America 2016 achieved new records. There was a record number of exhibiting companies – 3,250, a 4.8% increase on 2015 - representing 139 countries. They included 69 new booths and another 69 booths had expanded year on year. Together they created the largest ever IMEX America. Well over 3,000 hosted buyers attended the show this year, also a new record. At this sixth edition of IMEX America, Fiesta Americana Grand Meetings Mexico was host to 50+ hosted buyers, and showcased the many group resorts and hotels that have made it the #1 choice of meeting planners and incentive groups in Mexico. Our team had scheduled appointments with over 300 qualified professional meeting planners. Another great year in the books at IMEX. We could not be more thrilled to have met so many great individuals and are looking forward to upcoming events. 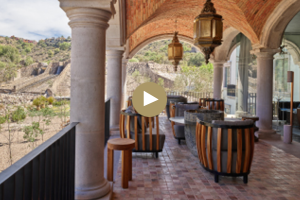